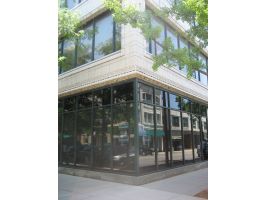 The Shook Agency was established in 1915 by Robert H. Shook and his son Charles W Shook in Lafayette, IN. The 1915 City Directory listed 48 real estate agents…two daily newspapers…eight banks…and four saddle and harness manufacturers. Thus the company has seen the community grow from a horse and buggy town into the commercial, educational and residential center of north central Indiana.

Robert and Charles played an important, but quiet role in the community’s early development. In addition to working with most of the industries located in Lafayette, they were catalysts in the development of downtown Lafayette. As an attempt to sustain and improve upon the downtown area’s prosperity, Charles and a handful of other business leaders established the Downtown Association. In 1964, the Lafayette Downtown Association named Charles “Mr. Downtowner“, referring to him as the “living abstract of downtown Lafayette”.

Charles’s two sons, Wesley and James, joined the company in the mid-1950’s. They assumed the formal leadership of the company in 1964 after their father’s death. Wes took charge of the residential operations and Jim was made director of the commercial activities. Like their father and grandfather, they realized the company’s long term success could not be greater than that of the community. They have endeavored to and been successful in attracting new sources of commerce to the community; thereby, maintaining the growth of the area’s broad residential base.

As the company expanded, it outgrew its quarters on Main Street and moved to a larger office at 316 Ferry Street. In the early 1970’s, the residential operations moved to an office at the corner of Kingston Drive and Salisbury Streets in West Lafayette. Finding itself cramped for space again, the company consolidated its operations in its current location at 427 Main Street.

In the late 1980’s, and early 1990’s Jim and Wes’s sons, Jim Jr., Steve and Charlie, joined the company after gaining related business experience in Chicago and Detroit. The three members of the company’s fourth generation assumed increased management responsibilities in the 1990’s and accepted formal leadership of the company in 2002.

Since its establishment in 1915, the company has enjoyed many significant achievements. It played a key role in attracting most of Lafayette — West Lafayette’s industrial concerns to the area. Major projects include Eli-Lilly, National Homes, A.E. Staley, Caterpillar, Subaru-Isuzu Automotive, Wabash National Corporation and most recently Nanshan Group in Park 350. In 1921, the company began a long and important relationship with Purdue University and the Purdue Research Foundation when it handled the sale of land for what is now the Ross-Ade Stadium. More recently, the company has assisted the Research Foundation in its residential development activities and expansion of the Purdue Research Park.

The company has also been active in developing many of the community’s finest residential areas. Early projects included Hills and Dales and Northwestern Gardens. More recently, the company played a large role in designing, developing and/or marketing University Farm, Capilano by the Lake, Harrison Highlands and Westport. Along with residential development, the company has consistently been a leader in residential sales. It enjoys a staff of experienced and successful sales personnel.

In 1998, the residential division joined forces with Sycamore Realty, a well-regarded local residential brokerage firm and affiliated with Coldwell Banker. Likewise, the commercial division affiliated with Coldwell Banker Commercial in 1999 and opened an office in Indianapolis in 2001. Operating under the name Coldwell Banker Commercial Shook, the commercial company’s market presence covers the entire central Indiana area. In 2009, a property management company, Mirus Property Management, was started.

As central Indiana’s real estate needs continue to grow, Coldwell Banker Shook and Coldwell Banker Commercial Shook are positioned and staffed to provide the ongoing leadership the region has come to expect.